We have quilt off!
It's a relief to finally be hand quilting this project and I'm starting to see it come together.

I took the boys to my parent's for the weekend so my husband could have his friends over for a boozy 'Super Saturday' (last day of the Six Nations Rugby Tournament for those blissfully unaware).  This turned out to be rather handy for the making of my quilt sandwich.  As I had started to lay out the backing fabric the folly of having this hobby whilst living in a Victorian terraced house became apparent - NONE OF MY ROOMS ARE BIG ENOUGH TO LAY OUT MY QUILT!!

So when the boys were napping I started.  This was the lovely clear sky that followed the morning where we had a near total eclipse.  We didn't see any eclipse as it was so cloudy but it did turn eerily dusk like for half an hour or so and the day that followed was beautiful. 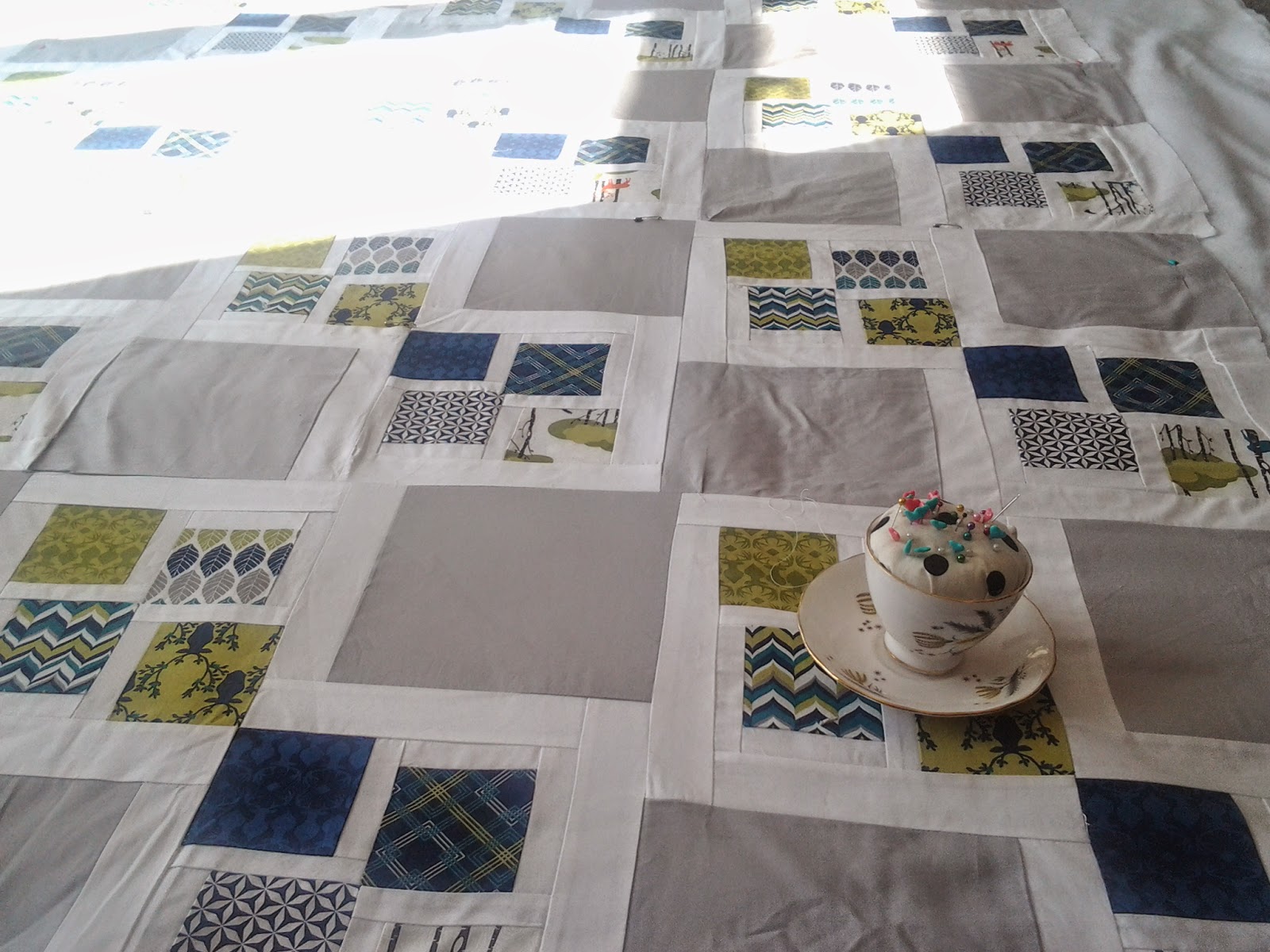 I feel the Emilly Herrick fabric is really working with this pattern but made me realise I will not quilt all of it in the way suggested in the pattern as the individual squares were solid colours.  I plan to quilt in the ditch around the coloured squares and the white strips and do straight line spirals in the larger grey squares.  My backing fabric is a darker grey from the lovely ladies at Sew Simple  in Taverham one of whom not only cut my backing fabric to size but also said that my children were definitely in the better behaved end of the spectrum she saw in the shop.  We thanked her and hastily left before they showed their true colours!
Posted by Zoe Davies at 06:30