So here we are into a new year and the last time I wrote this blog progress was fast and satisfying.  We had a week or so to go before the start of advent and I had completed 5 out of 12 blocks but was starting to be able to put a block together in an hour (if the pieces were cut out and ready!) so felt that although it would be tight my deadline was achievable.  Then the first bug hit....Caspar was the first to be sick, then Elias, then myself then my husband.  Then Elias got earache, then I got earache, then Caspar was sick again and we continued in this vein until only really close family could bear to listen to us.  We were ill for so long it was boring people.
Then Christmas happened, we should have been expecting it but it crept up and the aprons I had decided to make for my Aunt, Sister and a friend's Mum had to be made.

So there it is.  I failed my first deadline! Now to pick it up and carry on.  I stole away to the top room where the Beast awaits and sat down to assess the situation...7 blocks complete and an 8th within what I felt was striking distance.

The Beast did not agree.  Maybe it's been lonely for her over Christmas but she went on strike.  So I packed her up in her case and sent her to Magdalen St to a lovely lady at Sew Creative for a service.  Fingers crossed she'll be OK.  In the meantime I shall return to hand sewing in a bid to catch up on some of the lost time.  Here is a picture of THE QUILT TOP SO FAR............(to be continued!) 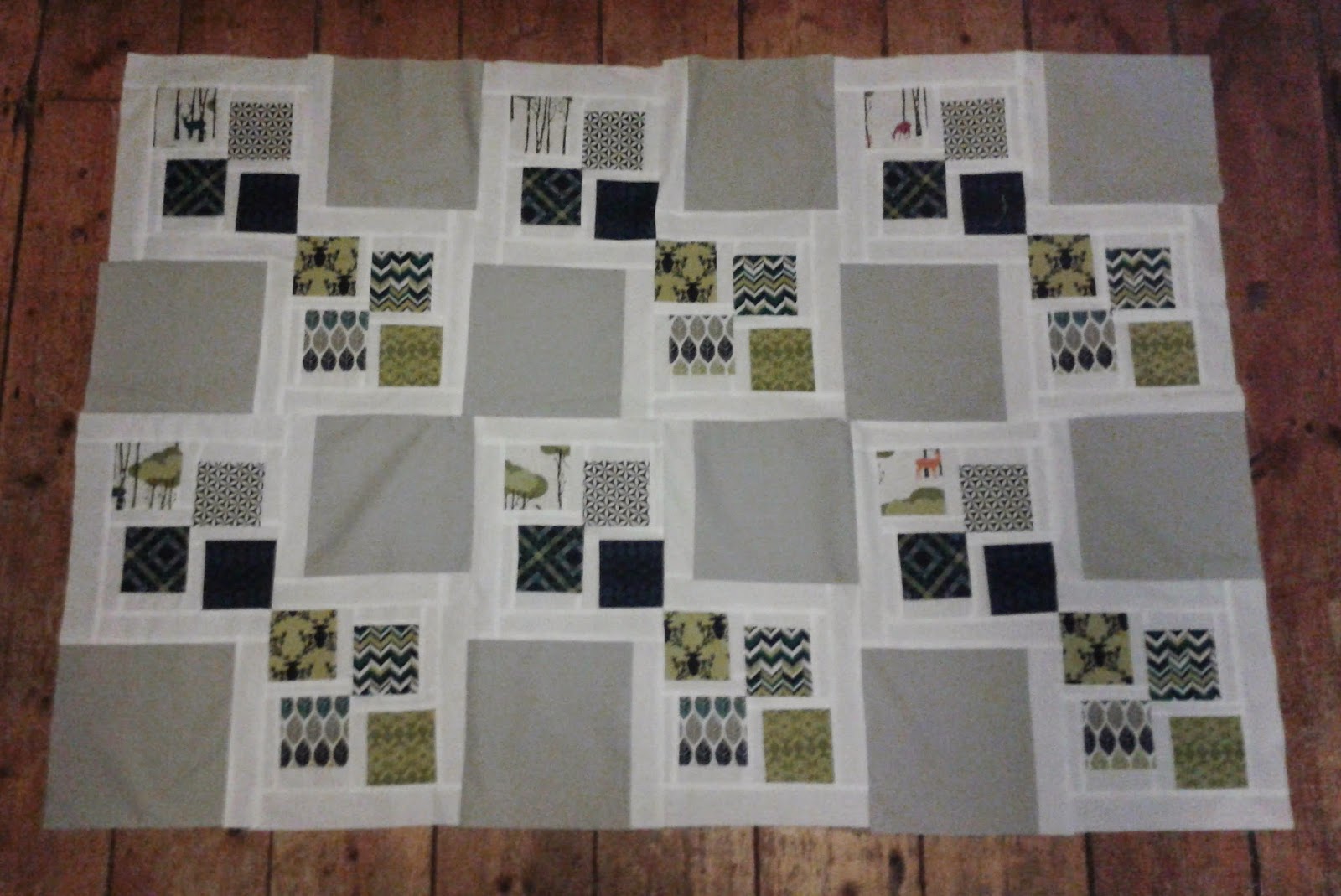 Email ThisBlogThis!Share to TwitterShare to FacebookShare to Pinterest
Labels: Excuses, Singer, The Beast