Love me a sew along

💗  I do love me a sew along, I've said it before and I'll say it again, whilst the internet has undoubtedly brought many ills to the world it has also brought groups together who have a shared love.

The first time I got involved was The Splendid Sampler and personally it's that BEING PART OF SOMETHING BIGGER that really touched me.  I had two babies under two but being a determined sausage I managed to (most days) get them napping at the same time. Of course I took joy in my babies and every change that they were going through and still do, but I found the satisfaction of getting my weekly block completed gave a little nod to my own self worth.
I would share my blocks on the website and then gradually a Facebook group was set up and I would share in that medium.  Here were other quilters who didn't know that one of my sons had cut a first tooth and the other was starting to talk.  Here my small achievements or funny stories of misread instructions were taken just for my own and not linked to my progeny.

Fast forward a few years and I find myself in the throes of another sew along....enter the #fussycuttingsewalong
Now I was not on instagram for the first but having read about it on it's creators website https://naomialice.co.uk I sure as heck was getting involved for the second!

Last time hexagons took centre stage but this time small diamonds making up six point stars are the focus of learning and showcasing different methods of fussy cutting.  Below you can see a few of mine so far: 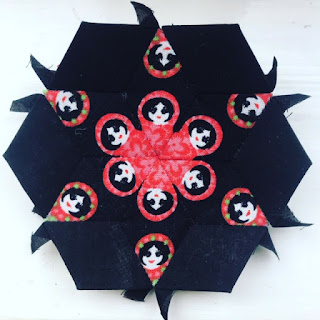 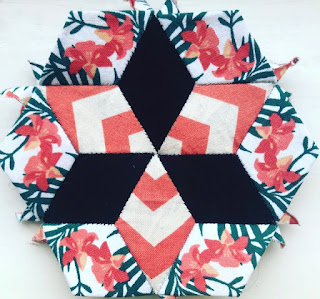 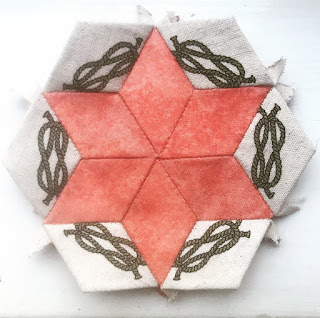 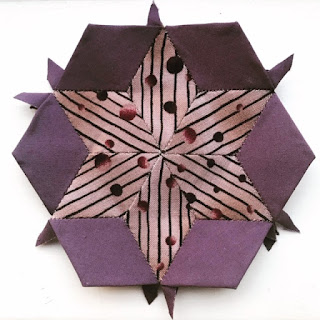 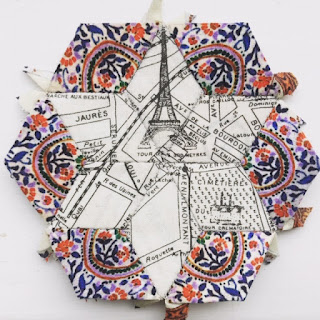 These are shoddy workmanship indeed compared to some of the crackers to be found over on Instagram.  I implore you to follow the #fussycuttingsewalong to really appreciate what can be done.

I took the opportunity to ask Naomi how much love has been put in and come out of the fussy cutting sew along and quite rightly she questioned 'how do I measure it?'

Obviously I took the opportunity to suggest on a lovely new cutting mat from www.finecityquilting.co.uk

It's clear that this sew along is a real success and due to the effort put in by it's creator and participants, as with every sew along there are skills to learn and friends to be made - get involved!!